My Hip-Hop Poem About Penniless Hearts 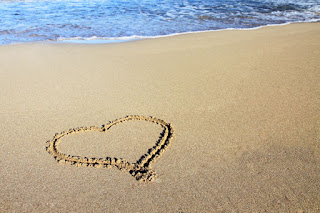 It’s about a graphic artist.
And drug smugglers, as in: The Fist—
but first-- a dream sequence--a Prince.
Then a handsome pilot makes you wince--
because he’s such a jerk--
like the lady from work--
and the greedy boss--
agonizing over profit and loss.
Aside from the bad--
There’s also her dad--
and a sweet guy
with tears on his face.
It’s a tropical race,
Where lava explodes,
helicopters implode--
while the goddess sleeps,
dreaming more,
strengthening her for
a meeting with a wise man
called Stephan—
reminding her to drop the sour
climb into hidden powers.
When meeting the Fist--
Her artistic flick of the wrist--
there when it counts--
Pele can pounce.
And in an island flash--
Kicks criminal ass.
Alas, it’s time for you,
To read this book.
Take a look--
Write a review--
Merely find out...whether wishes come true.
Posted by Intangible Hearts at 10:09 AM 9 comments:

The Gift of Freedom!

One year after the fall of communism, I stood near the Danube River watching the fireworks on St. Stephen’s Day. It was a warm night, August 20th to be exact, and we couldn’t believe the throngs of joyous people who came out of their homes to celebrate the momentous occasion. To say it had been a long day would be an understatement. My day began the previous morning in Los Angeles where I had taken a few weeks off from my job at the Times. Wearing a skirt with short heels and a scooped neck tank, I remember feeling both exhausted and exhilarated. When the fireworks finished, we noticed the buses and cable cars had ceased operation for the holiday and we had a three or four mile trek ahead of us at nine-thirty at night. Remember, I had heels on and since I can’t sleep on airplanes, though still fairly youthful, my batteries definitely needed recharging. Still, we made it. In fact, the next day I was off for some more sightseeing and later a train trip to Rome. I remember dragging heavy suitcases around and pulling them over my open-toed sandals. By the time, I reached home I had reached my limit and thought I’d never travel again. But of course, I did.

So now, twenty-five years later I’m spending a relaxing summer at home. On August 20th, I thought of St. Stephen, the first king of Hungary and that trip I had made so long ago. I thought of that beautiful evening full of wonderful colors and cheerful faces. I thought of freedom and what it means to be free whether someone lives in Budapest, Hungary or somewhere in the middle of the Caribbean Sea. People generally want similar things and one of those things has to do with how we feel on the inside. No amount of control can change hearts unless they want to be changed. No amount of fatigue could have kept me away from that magical display of exploding rockets and pyrotechnics. No amount of cruelty could keep communism in Hungary, because I’m solidly convinced, God wants people to be happy, even if it takes a saint from 1000 years ago to make His point.
Posted by Intangible Hearts at 4:13 PM 7 comments:

Grandmothers know when something’s fishy and my television smells like something washed up at the Salton Sea. Whatever it is, don’t eat it, buy it or vote for it. Sounds cynical but there’s hope. After all, a kitchen offers comfort when our world, which consists of beloved television programs and news stories, jumps like Shamu the killer whale into the deep end. Don’t quote me, but ask your grandmother where she hung out during Watergate and she’ll probably say the kitchen. My grams made the best cookies back then. Last week, there were ten ingredients in front of me and I figured it’s time to make meatballs. I’m not talking about oregano, ground turkey, eggs, breadcrumbs, salt, pepper, onions, garlic powder, paprika and ketchup. Certain ingredients compliment each other as in—ten debatable politicians with various levels of spiciness, inspiring me to make meatballs. I mean those guys were hilarious. Whether baked, fried or covered with sauce, picking one for the white house would be like getting Jay Leno back again. Years and years of free entertainment and funny jokes making us laugh. Out loud even. Heaven forbid.

So I changed the station, but came across that show about the male Olympian who is now a glamorous model and his well-seated relatives. What can you say about that show without upsetting someone? How about, I loved her dress but thought she looked better in running shorts. Must be me but I think she’d make a pretty nice candidate. She could get the female voters AND the guys too. Okay, I’ll flip to another station.

But, what’s with war? Cupcake wars, pawnshop wars, realty wars and cooking wars—just to name a few. Scanning the cable guide makes you want to duck for cover and check your ammo supply. Speaking of hunters, there are Alaskan hunters, storage hunters, house hunters and some clowns hunting Big Foot. In the middle of all this is a commercial of a waddling duck spewing stuff about insurance. You almost find yourself wondering if the little guy is safe. Cute little duck should watch out and get some of that insurance in case he comes across those dynasty guys. That quack makes me think he’s hungry and wants some fish. Insurance can be a fishy subject.

Television is already aggressive and the campaigns are still in their infantile mode. Slowly, they’ll crawl onto land telling us why they paid for certain messages. The station managers will repeat those messages over and over until you grab your remote, tossing it above your widescreen, or into it. The alternative is you are hypnotized into believing in fairy-tales and you click on the Cartoon Network or run blabbering for refuge and screaming for Grams. For her sake, I hope she’s in Florida shredding cookie recipes and going deep-sea fishing out of the Everglades. Meanwhile, the election coverage will be interspersed between combat reports about real wars. It will be time to hide in the kitchen and dig into a large bowl of spaghetti and meatballs. Bon Appetit!

Yesterday I blew up one of those giant pool toys. Lips, lungs and an hour or so of what felt like barrels of hot air, the toy didn’t quite inflate. Though the ball remained soft and saggy, I had become completely depleted and dizzy. The giant beach ball with stripes had wrestled, resisted, swooshed and pulled from within. There lolling around in the middle of our living room were minuscule pieces of my soul trapped for the time being, held captive and wanting to leak out. While whirling around and regaining my breath, a strange nostalgia engulfed me, making me reminisce, more importantly making me grateful.
Blowing up the ball reminded me of my dad who had blown up our play pool and many other toys when we were toddlers. Unless you’ve done this before you don’t appreciate the pain and agony that goes into blowing up one of these larger toys. Of course, they have pumps nowadays but there was this magic moment-- that spanned the years—evoking dad, making this experience worth the shortened breath and lightheaded daze. I remembered my father’s unconditional desire to see his kids play, laugh and enjoy summer. Something we as kids, took for granted. Nice and taut everything worked perfectly and if we made a hole, then he’d patch the toy or ball without complaining. This flashback reminded me of his heart and his soul, perhaps best described as an intangible moment, consisting of puffs of heavenly love.

What about you?
Have any recent events jogged early childhood memories?
Posted by Intangible Hearts at 2:24 PM 16 comments:

Four Out of Five Doctors Recommend Slowing Down

I remember someone once telling me to slow down. Though I can’t remember much of the conversation and can wax poetic on almost any subject, it’s important to note this happened over thirty years ago. While you might just laugh me off as another pontificating Baby Boomer, I still hope you read the rest of my post. And while I can’t promise to save your life, maybe you’ll get something out of this that can help.

Back when I was proud of doing more things before ten in the morning than most people did in a week. Back when I zoomed through yellow lights and drove hundreds of miles a day while beating back deadlines in pursuit of the dollar. Back when I had to look great, smell great and carry a briefcase to impress others who were probably not that impressed. Back when I attempted to build a career that came tumbling down when a family member got sick. Back when I tried patching the pain with dinner parties, shopping and travel. Back when funerals made me bury what was left of my heart, putting myself even deeper into work and raising my blood pressure to sky-high proportions. Back when the doctor said, stop immediately or die. (This actually happened twice, with two doctors first in 1996 and again in 2005. They both said the same thing, except one of them said it with an accent.)

Stop. Immediately? Were these doctors insane? I couldn’t just stop. Wouldn’t I naturally slow down from age anyway? But here’s the kicker: What’s old to you and your family is not always old to others and yes, some folks are working their awesome genes right into their nineties. Contributing to society sounds better than waiting for the next shuffleboard tournament and besides, I have definite objectives for my future too. These are adjusted goals with room to breathe and healthy doses of exercise and sun.

We all have bills and family obligations and trust me when I say I’ve spent years trying to slow down. This beautiful summer morning as the sun crept under the shades and the puppies whined about getting their kibble, I listened to the freeway noise and thought about everyone hurrying around like busy little ants. I thought about that horrid feeling when the weight of the world is on your shoulder and instead of stepping aside and letting someone else call a tow truck, you continue to plow along pushing yourself into exhaustion. Sometimes there is no truck; no pulleys, not even trap doors leading to an escape. Brave and daring you hurry along facing the future like a dynamo, a superhero, an iron-man or woman. But today, if you get a chance to smell those flowers or decide on eating something healthier than fast food, remember today won’t come back. Enjoy the day and try to slow down. How many doctors will have to tell you to stop?
Posted by Intangible Hearts at 9:52 AM 13 comments: