Embracing the Champion Within

Loving others is impossible without loving yourself. There are many sad, lonely or scared people who don't understand this concept and feel egotistical and selfish about self love. Remember that you cannot feed others if you yourself are weak and hungry. A doctor can't help a patient if he is ill. The same goes with everything. If you want to find love, then please try to love your incredible self first and you'll soon find you won't feel alone. Here's a poem to share with your humble, self-sacrificing friends. 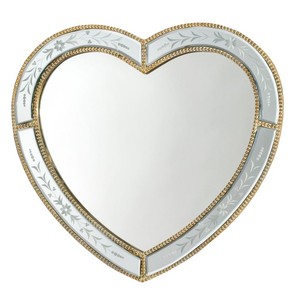 When champions meet,
they face off with a smile.
They don’t smirk or act haughty,
They might embrace for a short while
not smug--seldom naughty.
A champion is a leader--
the happiest face to see--
a sort of electric Walmart greeter.
like a rescued dog that may not qualify
but instead steals hearts--
no lies--
like triple sevens on a slot.
Not necessarily the winner,
but someone you want to know--
someone you’d take to dinner,
drag everywhere you go.
You recognize the qualities there,
cautious steps--excited splashing
in puddles or pools everywhere,
elated laughter while dashing--
committed and thorough--
reaping what they sow.
Extras they give away
glad to make room--
grateful for the day--
butterflies and blooms.
The spirit inside your reflection,
joyful and bold--
a type of magnet for your affection--
rarer than any titleholder’s gold.
The irreplaceable and exceptional you—
your first friend

Do you know you're a champion?
Posted by Intangible Hearts at 11:26 AM 6 comments:

Pencils-permanent markers-spray paint-calligraphy nib-felt tip-crayons—maybe your Smith Corona—your Royal—Underwood typewriter. Dig out the Apple word processor, dust it off and remove the garage sale sticker before you burst into tears. The keys are stuck and the cords are tangled.

When words don’t mean anything and there’s nothing to say and even if you could stand atop a roof and scream at the top of your vocal chords, the words would sound garbled and stupid. Though you’d get something out—a frail sound—a squeak—a grunt—a painful sigh—you’d still be misunderstood--like a Tower of Babel without a cause--because-- sometimes there are no words.
Posted by Intangible Hearts at 12:15 PM 4 comments:

Ask a kid what they want to be when they grow up and they might say they want to be a fireman or a dancer. Perhaps a superhero like superman, which in grownup-speak means policeman, soldier or even preacher because they are saving the world from evil. But—by the time they are finished with school—they will typically change their minds a few times based on local opportunities, pressure from parents and tuition fees.

When someone asked the young me about my future, I said, “I’m going to be a writer.” I kept a diary and later some journals. I wrote stories and created crudely assembled “books.” I entertained my family by reading them my flawed but heartfelt poems.

In high school, I had one superhero and her name was Edna St. Vincent Millay.
The way she had experienced various passions and perspectives in life and then wrote about them, made her a sort of idol I wanted to emulate.
Although I’ve outgrown my enamored feelings—here are a few (romantic) facts about a writer and poet who lived a charmed life, creating not only lyrical poetry but who also had amazing success. 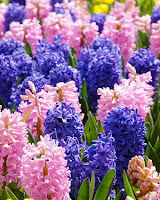 Her poems are emotional and delicate, not contrived. Her tender words touch on love and innocence as it teeters on the brink of mortality. Perhaps subjects I didn’t need to be so enthralled with at age 17 but glad her words are still sitting on my shelves waiting for me to return. And now that I’m a mature “writer,” it’s time to set new goals. Anyone have an island for sale? Maybe  I better start with red hair.

I am in love with him to whom a hyacinth is dearer Than I shall ever be dear. On nights when the field-mice are abroad he cannot sleep: He hears their narrow teeth at the bulbs of his hyacinths. But the gnawing at my heart he does not hear.

How about you?
What were your childhood aspirations?


Did you have a superhero that you wanted to be like when you grew up?
Posted by Intangible Hearts at 10:11 AM 9 comments: