I wrote this silly story in 2016 as a visitor to my friend Dan’s blog. After re-reading it, I thought it funny enough to share on my blog.

“Not so sure because everything had become pitch black. Frightening at first, the sound of my heart thumping in my ears, my throbbing head, quivering limbs and my mouth spitting up something I took for blood. But as you can see, I’m fine. It wasn’t blood.”

“Yes. And then what happened?”

“I heard the laughter of children playing outside. I dropped my pen and couldn’t see my hand. A loud mosquito buzzed my left ear. I heard the rustle of trees in the wind and the sound of water cascading over boulders. Even though I love dogs, there was a continuous and annoying barrage of bad dogs barking and filling in all the quieter moments. I heard cries and screams of sorrow. Later, I heard an ambulance and some more sobbing. Footsteps-- hectic and hurried--macabre steps scurried around with important things to do. I heard screams and squeaking wheels. I felt nothing.”

“Did you smell anything?”

“Interesting. Do you buy your ink at the warehouse club store?”

“Yes, writers need to be prepared. It comes in these large vats. I go there for great deals on mayonnaise too.

“Mr. Johnson, please don’t be offended at my diagnosis. The hospital insisted you speak to me and the only thing I can see is that you fell into your ink.”


“I’m afraid so. Get some sleep. Your characters must be keeping you awake. Be careful next time and good luck with your writing career.”
Posted by Intangible Hearts at 7:03 PM 4 comments:

I Once Was Blind but Now I SEE

The other day I related a story to some friends about something that happened during my daily walk. As a person who enjoys poetry, I’m always looking for that symbolic connection and the mysterious meaning behind the vague metaphor. Especially when I’m alone and it feels like a personal message. My friends called this a “God Story.”

Corvids of some sort looked like they were squabbling over a small bottle. At first, I thought it was a Christmas bulb but the bird who won possession flew across the street in my direction. He landed on a tall lamppost that I’d soon be approaching. He made sounds and seemed excited. I’m glad I kept an eye on this wild looking crow, because at this point, he eagerly flapped his wings and even went to the bathroom before I wandered near. At the exact moment I passed the lamppost, he dropped his prize into the gutter, which, had I stopped, would have landed directly next to me. Wondering what type of bottle it was and what it contained, but not curious enough to stop, I continued my journey. Thinking back, it seemed the bird wanted to communicate something. 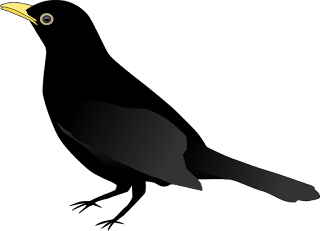 Once home, I told the story to my husband. He had a flurry of interesting questions about this somewhat unimportant event, but suggested it needed a conclusion. He asked what I thought was in the container and I said it might be nail glue. Discussing it made both of us curious, so I decided that if the bottle would be there the next day, then I would take a better look in order to answer some of our questions.

There it was in the same place the bird had left it, under the same lamppost. I bent down to see the label and it said: Sterile Eye Drops. And that’s when it hit me. Tears. A bottle of tears.

To me, with so much sadness in the world right now, it sounds important.
Is it a cry for help from the other side?
Could it be a gentle reminder to focus or to keep my perception clear?


What if you experienced the same thing? Would you think this means something?
Posted by Intangible Hearts at 4:24 PM 4 comments:

Finally, there’s some rain in California. Normally this is exciting, wonderful news, but after all the fires, there are now mudslides threatening homes all over the place. And, while I can poetically dive into my daydreams that wax on about the promise of spring around the corner and the flowers that will cover everything in happiness, the television news reminds me that winter still has a few tricks up his or her cold, wet sleeves.

How can I complain when my friends in the East are bundling up like Inuits and snow is covering everything in white?  I have to admit, it looks beautiful from my heated living room. Even nicer when I’m holding a cup of hot cocoa with whipped topping. Sorry.

Wait a minute; I don’t need the television news to remind me of rain and cooler temperatures when I have two pooches telling me to switch channels immediately. What happened to the sunshine they seem to ask with pleading eyes? Where are the patches of warm soil and the cool grass that tickles our underbellies? And what's with the weird sweaters?
What have you done MOMMY?


Happy New Year and trust me even with my first name being Eve,
I have nothing to do with the weather.
💧
PSA: Please remember, if you're cold outside, then your pets are cold too. Try and take them inside or at least into a garage, shed or barn. They will appreciate your kindness.
💖
Posted by Intangible Hearts at 11:03 AM 7 comments: