I stopped under a moving shadow of a Monarch butterfly.
She fluttered around a tree and flit above a house.
My eyes darted left and right hoping to catch a glimpse of orange.
Her fire
a smudged blur in my memory. 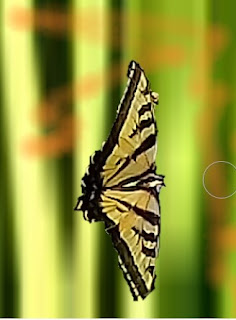 Posted by Intangible Hearts at 11:37 AM 8 comments:

Take a Gamble on My New Romantic Adventure!

It’s finally here!! My second book about Penny, and though it’s a standalone sequel, Penniless Souls is the second half of a two-part journey called the Lost Compass Love Series. Follow Penny and John through the Mojave Desert to Las Vegas, Nevada where old dreams and dark nightmares intertwine, colliding with the bitter truth. Is Penny up to the challenge? Is she willing to bet her last cent?
Here’s a snippet from Chapter One:

“Can you trust me?”
Quietly, she nodded and placed her head back on his shoulder.  “I
have so far,” she mumbled without conviction.
It felt like a white flag of surrender.  The type of submission that reminded her of submissive
women in advertising campaigns of the fifties.  Without a job or money,
she had only one thing left.  Fortunately, it was something valuable, some-
thing called love. 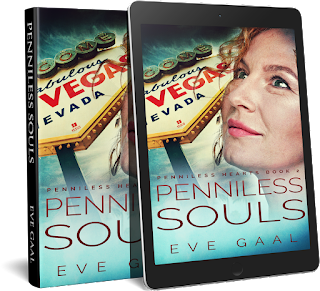 A Plethora of Roosters or a Peep of Chickens?


Not a flight of swallows or a murder of crows--not a siege of herons or a gaggle of geese....
Nor an exaltation of larks or a dole of doves but perhaps a plethora of roosters....

A month ago, we had a few roosters decorating our kitchen. I have this idea that the rooster is an image of forgiveness. So much so, that I wrote a short book about it, called The Fifth Commandment. In my short novella, rooster symbolism abounds. If you haven’t read it, then please click here.

Originally, we had one big rooster on the top shelf that my husband painted, and two old ones on the second shelf.  Both of the smaller ones were gifts. Then, at the end of July, my artistic friend Melodie gave me a gray, wooden hen. She painted it with, what now I believe, are alluring red flowers. Guess these roosters saw her coming, because a few days later my kitchen underwent a transformation.

Within a couple of days--as if they spent every night awake--they reproduced! (Another friend brought us a box teeming with feathered fowl.) Now, I have an entire farm of roosters and every time I glance up at that shelf, I wonder.
What just happened?
Does this mean I'm forgiven?

The month of July began with a bang. We had the absolute cutest family members visit us during the week of the Fourth of July. They chased Pinky and Fiona and then jumped in the pool. It was non-stop fun and laughter. We even went hiking in the Santa Rosas, played Jenga and took the dogs for walks. One day, we visited an antique shop and a French soap maker in Old Town Temecula. This was immediately followed with unlimited supplies of soft-serve with toppings.

Chalk drawings on pavement, chess championships and a colossal number of crayons kept everyone entertained. Pinky and Fiona received extra belly rubs and forbidden, under the table snacks. Seems everyone did fine without computer games, phones and hours of television.

Food was plentiful and dessert went on forever: juicy watermelon slices, scoops of ice-cream and apple pie. Not to mention oodles of hugs and kisses.

Then, after massive amounts of giggling…goodbye.
The day my cousins left you could hear a pin drop in Nebraska. Silence.
How’s your summer, so far?