Five Reasons For Keeping a Journal

I used to be an avid journal writer and recommend it for anyone wanting to jot down information about important events or for those suffering through tough times. Journal writing is very cathartic and soothing. If you’re looking for directions, answers and searching for meaning, there’s no better place to start then with the stuff that’s already inside your own heart. It’s writing that doesn’t need research because it comes from within. Here are five good reasons to keep a journal near you at all times. The Art of Writing
1      They aren’t teaching penmanship in school anymore. Make it your personal mission to continue the tradition of the written word. If you need to practice cursive writing, then you might want to try this fun practice website where you can type something and then print it: Practice cursive writing
Once you’ve mastered the basics maybe you’ll go on to calligraphy which is still considered the “art of writing” and still used for thank you notes, invitations and announcements. A journal is a wonderful place to practice your calligraphy or cursive writing.

Dreams
2    A journal is a great way to document dreams. Someday in the future when you reread your dream journal maybe you can understand why those dreams happened in the first place. If you feel your dreams, nightmares or visions are personal, then get a diary with a lock, or find a secret place for storing your journals.

Travel
3    Keep a travel journal filled with all your sightseeing and dining experiences. Someday when you need to round out an article or blogpost on Costa Rica or Hawaii, you can use some personal experiences to make the piece meaningful or heartfelt. Readers want to know about the actual places you have visited and what happened when you landed at the crowded airport, what you thought of your hotel and which restaurants were the best. And when you write your memoirs, you’ll be prepared!

Therapy
4    Words can be shields through the tough times--especially during times of mourning and loss. If you have recently lost a friend or relative then write your feelings down in your journal before posting your pain on Facebook. Get it out. Let the tears stain the pages. Your supportive friends will be there when you’re ready to share your summed up emotions. Write until you understand which direction to go and which path to take. Write until the fog seems to settle and the sunshine peaks through the bleakness. Write to cheer up or to figure things out.

Sketchbook
5. Can’t think of anything important to write about in your journal? Then doodle. Draw something or paint on a page. Use colored pencils or felt-tip pens and make yourself laugh. Draw hearts, flowers or the tangible tears you’re feeling. Maybe draw the summer memories at the shore. There’s a reason you want to make an entry in your journal and perhaps words aren’t enough right now. Use what you can to make a statement. Draw around your fingers and date the page. Copy a recipe onto the facing page or jot down what you’d like to watch on television. Have a conversation with yourself or God. Create a poem or a prayer. Ask and you shall receive.
Posted by Intangible Hearts at 10:32 AM 5 comments:

The Fiona and Pinky Debates 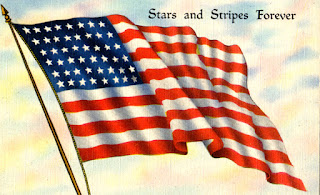 (PPN) Last night’s primary debate intensified and ended with both sides howling, baring teeth and yet still mugging politely for the cameras. “I like Pinky,” Fiona shot back towards the end. “In fact, she’s very entertaining. But she’s also a liar.” The two sides leveled personal attacks on issues ranging from foreign policy, sleeping arrangements at the White House and immigration.

Though each side scored some points, it seemed Pinky turned in a noticeably better performance. Her mild mannered comments and quick wagging tail gave viewers and voters hope for the upcoming election. “You will do or say anything,” she shot back with a smug smile and an assertive tone. After the moderators rang the bell, she added, “You don’t belong in the White House, unless it’s some small whitewashed doghouse out near the Rose Garden.“

Fiona’s camp thought she made some points talking about the harsh conditions for Chihuahua’s coming across the border. “My immigrant parents had to work hard to make sure I made it to the United States. I was born in Arizona and immediately separated from my siblings. My adoptive mother couldn’t keep me and a nice older couple in California raised me. You aren’t even a full-blooded American-Chihuahua. Your mixed heritage and time spent in the shelter make you a questionable candidate. When elected, I plan on making sure the wall has small places for digging opportunities so that other Chihuahuas can find a home.”

“Digging?” Pinky knew she had the upper hand when it came to digging. “Look at your tiny paws and compare them to mine.” She held up a paw and smiled for the cameras. “My adoptive parents rescued me from that shelter and couldn’t keep me due to illness. I dug my way out of the barricades they put up and held daily demonstrations about the harsh living conditions I endured while they were ill. That’s when Eve and Steve took me in and made sure things would be better. Steve served five years in the Army and taught me discipline. Something Fiona knows nothing about. As a young pup, I held sit-ins, marches for various causes and rallied for our troops. If you want a true American in the White House then cast your vote for me.” The bell rang and Fiona’s ears stood straight up before she ran around in circles and began barking her head off.

"Sorry, about that," Fiona told the audience."It's a doorbell thing."

The moderators decided to forgo the bell in order to settle things down before any further questions could ensue. Though pundits on cable television are calling the debate a tie, it seems only time will tell which candidate had their wet nose on the pulse of American voters, in this unusual race for the Presidency.
Posted by Intangible Hearts at 12:02 PM 9 comments:

Love Unites Us All!

Does your heart feel it?
Nothing randomly evolved in my world. How about yours?

And just for contrarian kicks, here’s one of my favorite
funny-(ear-crawler) songs by Eric Idle, with photos from NASA.
There's also a Clint Black version, which is wonderful too. The last line is the best! 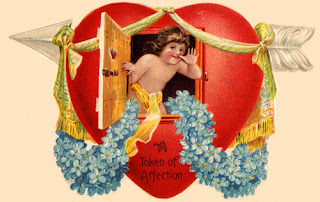 Hope you are surrounded by love--if not now--then soon!
Posted by Intangible Hearts at 10:48 AM No comments: