I'm putting two weeks into one for a double-scoop of Intangible ice-cream on a waffle-cone post
to wish you all a fairly sober St. Patrick's Day
and a chocolate bunny-filled Easter. 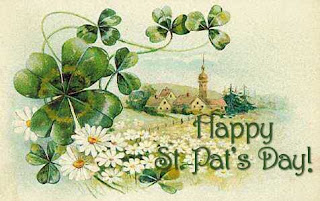 I wrote this poem last year for something called
Poem-a-Day in April of last year and thought it
might make a nice Easter related post.

On the Secret Subject of Faith 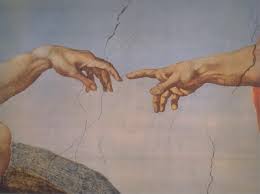 Forget it.
I will not forget it.
See? You do believe it.
Shhh! No, I don’t.
Yes, you do or you’d forget it.
Well something happened.
That’s what I’ve been trying to tell you.

Well, how did it happen?
I have no idea.
It’s too weird.
I agree but it happened.
Maybe we shouldn’t tell anyone.
Why not, it’s amazing?

"Be faithful in small things because it is in them that your strength lies." Mother Teresa

Breaking News: Today from CBS
March 15, 2016- Pope Francis announced Mother Teresa, known around the world for her work with the poorest people in India will become a saint on the fourth of September due to two proven miracles that have been attributed to the nun from Calcutta.

"Intense love does not measure, it just gives." Mother Teresa

Please Don't Give Up on God!

We have some friends who don’t believe anymore. They have told us they flat-out don’t believe in God. While we respect their beliefs, it makes us wonder if they are grateful for the food they eat or the air they breathe and if so, who would be the one they show appreciation towards for the songs coming from the trees and the flowers blooming at the gate. Hard to imagine they don’t care to thank anyone for Monarch butterflies, hummingbirds and violets and are never thankful for anything. Oh well, The Doors had the right lyrics: "People are strange...."

Contemplating my own difficulties made me write this poem:

You prayed on your knees.
You closed your eyes for emphasis.
You tagged along with others and felt like drinking the holy water.
You read His Word,
in His Book.
You highlighted, shared, witnessed and
prayed some more.
and yet....
Something horrible happened
that seemed like He wasn’t listening.
But you know He heard you.
He listened to you before.
He answered other prayers.
This, however was a big request.
A doozy.
He did what He thought was necessary.
Things we can’t understand.
And yet. ...
Though your heart felt like it would fall out onto the dusty floor.
You retained your faith.
Kept up hope that someday you’d comprehend it all.
You worshiped more than ever before.
Even while assembling shredded pieces of your heart. 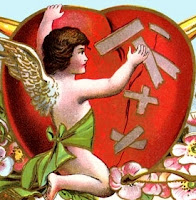 The world is full of so many distractions that the least we can do is pause in front of the marshmallow chicks at the supermarket to contemplate the meaning of Easter. I hope your heart will feel lifted, renewed and filled with the spring promise of the Lord's resurrection. And for those who don't believe, for whatever reason, my repentant heart is convinced that God loves you too.

Posted by Intangible Hearts at 2:56 PM